many partners you have had!

When you are in a sexual relationship with someone you are also having sex with every person they have had sex with previously. Click on the link to see what this means!

All information was obtained from the Center for Disease Control.

This information is meant for general educational purposes only.
It should not be relied upon as a substitute

For more information about sexual health go to: 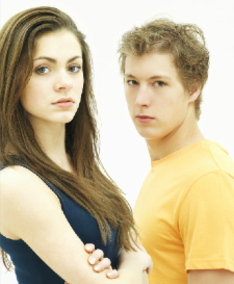 When you are involved in a sexual relationship you may have two worries: becoming pregnant or being infected by a sexually transmitted infection. You should be concerned about both! A pregnancy or an STI is totally life changing!

When you have sex, protected or unprotected, you are taking a huge risk! At present the Center for Disease Control, as of 2013, has declared that the United States is at the epidemic level.

Here are some of the facts about sexually transmitted infections and/or diseases:

Here's some of the symptoms:

In the past gonorrhea could be cured with antibiotics, however, the Center for Disease Control has now reported that gonorrhea is quickly mutating to the point that common antibiotics are no longer working and new treatments are needed.

Human Papillomavirus (HPV)?
HPV is the most frequently mentioned and the most common STI. At present there are 150 different viruses related to the HPV strain and over 40 different types! This STI is so common that the majority of Americans will have HPV at some time in their lives. It is estimated that 80 million Americans are infected with an HPV strain. One of the reasons this virus is so prevalent is because most of the people who are infected by HPV don't even know they are sick! This STI is contracted through intimate skin to skin contact.

Genital warts -  small bumps or groups of bumps found in the genital area.

Cervical Cancer - There are no symptoms until the cancer has progressed to a dangerous point. Regular pap smears are critical for women who are sexually active with one or multiple partners. It is the only test that will detect cervical cancer in its beginning stages.

HPV is passed from person to person through genital contact. Again, this is an STI that can go a long time without being detected or seeing any symptoms. This means that having a pap smear is critical.

Pelvic Inflammatory Disease (PID)
PID is one of those STIs that has long lasting, life changing effects for a woman. Life changing because it attacks the reproductive system including the fallopian tubes, uterus and ovaries. So, while having sex with multiple partners may be fun you could possibly be creating an environment where you could never have children. This STI is caused by several different bacteria, but gonorrhea and chlamydia are often found at the same time with PID.

PID can be treated with antibiotics, if diagnosed, which means you need to be tested in order to be treated! If you would like to be pregnant one day and are sexually active think about this statistic: one out of every 10 women is left infertile after just one episode of PID. 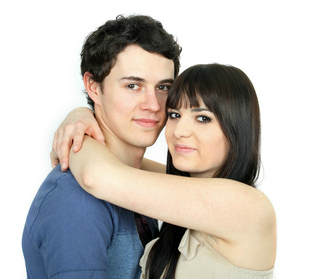 Syphilis
Syphilis can have long term complications and can even cause death.

This virus is spread from person to person through the sores that the disease develops. Like genital herpes, syphilis sores occur on the genitals, vagina, anus, rectum and also on the lips and mouth area. The first signs of infection can occur within 21 days.

A pregnant woman can pass syphilis on to her unborn child so it is important to be tested during the course of her pregnancy. Untreated babies can have numerous health problems and possibly die as a result of being infected.

Syphilis can be cured with antibiotics. The antibiotics, however, do not repair any damage that syphilis has already created in your body. Condoms may help reduce the possibility of infection but like all other STIs/STDs the surest way to not become infected is to not have sex outside of a monogamous relationship. If you have multiple partners you absolutely need to be tested!

Again, unless you're in a committed, monogamous (neither of you have had or are having sex with anyone else)relationship, just not having sex is your safest way to go. If you haven't been tested and are sexually active, please go the the health department or make an appointment with Durango Pregnancy Center and get tested now!

Don't be foolish! Sex can make you sick.Information on STI/STDs

1 in 5 Americans have been diagnosed and are infected.
26 million new infections are diagnosed each year - half of these are between 15 - 24 years old.

For the most up to date information regarding STIs and STDs please go to the Center for Disease Control.

Hepatitis B
Hepatitis B makes your liver sick. It is a designated STI and can be passed through body fluids but it can also be spread through blood. There is absolutely no cure for Hepatitis B once you are infected. This has become so prevalent that vaccinations of school age children is required. If you have not received a Hepatitis B vaccination it is important that you do so as soon as possible.

Hepatitis B is an STI that keeps silent but has deadly results. Many people don't know they have Hepatitis B because they don't feel or look sick. Nevertheless they can pass this STI on to their sexual partners.

Condom use does not protect you completely from Hepatitis B.

Human Papillomavirus Vaccination
There is a vaccination called Gardasil that protects against some HPV strains but it doesn't protect against all of them. If you are sexually active it will protect against the strains that are known to cause cervical cancer but given that HPV has over 100 strains your risk is high if you continue to have multiple sex partners.

Frequent adverse reactions of Gardasil are:

Once again, by just not having sex you protect yourself from HPV!

​Non-medical - All services are free

Chlamydia
Chlamydia is a common STI. Permanent and lasting damage can happen to a woman's reproductive organs (uterus, fallopian tubes, and ovaries) if not treated. It is the most frequently reported STI in the United States.

Often chlamydia shows no signs or symptoms but the damage is still being done.

Genital Herpes
Genital herpes is a sneaky STI because lots of people infected with this disease do not show any symptoms! When symptoms do appear they frequently appear as blisters around your private parts (genitals or rectum). When these blisters break they become sores that can take two to four weeks to heal. And, if you're pregnant and you have an outbreak of these blisters at the time of your delivery, the baby's health can be jeopardized!

There are two types of genital herpes: HSV-1 is what is considered oral herpes; the type of virus that causes cold sores. HSV-2 is commonly found in the area around the genitals. HSV-1 isn't generally sexually related; but this is where it gets very tricky. The common "cold sore" virus is now being seen in the genital and oral areas because of the practice of oral sex.

The decision to have sex is pretty important, and there are lots of things to think about. Having sex is very different for women and guys. That's because we're made differently both emotionally and physically! Sex can be an emotional bond for women but less so for guys.

Do not be afraid to say "NO" to sex. In fact, it may reveal just how much your boyfriend or girlfriend really cares for you. If they accept your "NO" it is a much better sign as to the health of your relationship than if you feel obligated or pressured into having sex. If they do not accept "NO", that could be a sign that your boyfriend or girlfriend is more interested in their own physical wants and desires.

Do you want to talk with someone about your relationship? We are here for you. Please feel free to contact us. Here's our number 970-247-5559.